Wow, it has been a crazy few weeks!
In my last post, I left you with the doll house painting disaster. As of today, it remains the same. Unfortunately I haven't even purchased paint for the exterior or interior! I need to get on that STAT because apparently we're supposed to see "flurries" here this week in "MinneSNOWta".
My personal life has been a big blur over the last two weeks. I left my job as an Associate Accountant at a commercial real estate company after 4 years {not in the same position, I moved around and was working my way up the corporate ladder}. It's a great company and the only reason I had to leave is location - it was an hour or more one way and that time is too precious to be spent in traffic and not with my family. The decision was very difficult to make, and it happened so quickly I don't know where those last two weeks went!
As much as I wish I could have left and started my stay-at-home mommy career, I did accept a position at a rebate processing company as an Accounting Associate that is much closer to home. Now I only drive 15 minutes one way {this morning I drove passed the exit by two miles before I noticed...not used to the shorter distance yet!} so I am able to see my daughter off to preschool in the morning and see my husband before work. I'm also going to be home earlier and much less stressed because I won't be sitting in traffic.

With all of that going on, I haven't had the opportunity to work on the doll house project or any others that I would like to start up. Actually, we did receive our wedding pictures back and I printed 2011 pictures up through September so I organized those for scrapbooking. OH! I did complete my 2010 album as well {yay!} which is a HUGE accomplishment in my book.
Anyway, I will do my best to upkeep this blog over the next few weeks as I transition into my new role. Thanks for checking in!
{Kimberly}
Posted by Kimberly at 7:56 PM No comments:

I have just begun my first major DIY project.

As a young lass, I adored Barbies. I mean, really. My sister and I would even get caught by our parents playing with them instead of sleeping because we were so excited over the storyline we had created. At my Nanny and Grandpa's house, I had a beautiful handcrafted dollhouse - a gift from one of their good friends. My sister and I played with it every single day. Over the years, it has been passed out between three sisters and last year my youngest sister decided she had outgrown the famous doll. Into storage it went.

It so happens that my 4-year old, B, has recently taken an interest in Barbie dolls. Princesses, particularly. It was also recently that she mentioned she was going to ask Santa for a dollhouse.

Inspired by photos I came across here and there, I decided to give the dollhouse a renovation. Myself.

Here's what it looked like after seeing it for the first time in years: 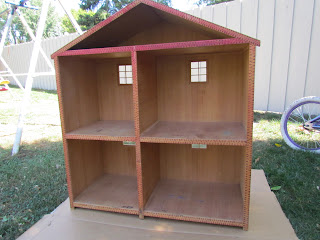 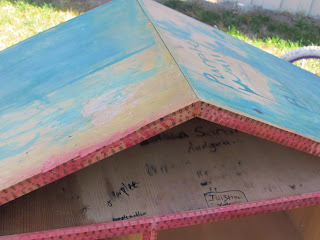 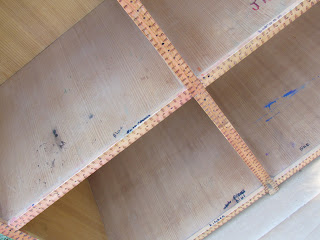 Oh. Em. Gee. I forgot how much we had written on it as kids! That house sure took a beating.
Ok, so I had my work cut out for me. To start, I removed the handles on either side of the house. 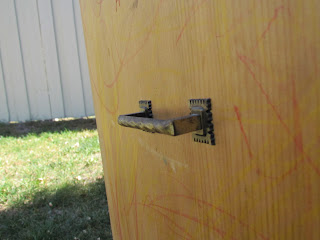 I'm sure I could find drawer handles at a hardware store to replace these... 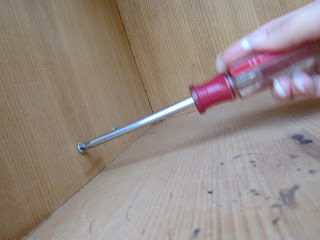 Next, I covered the windows so I wouldn't have to replace them (one is already missing, need to decide what to do about that). 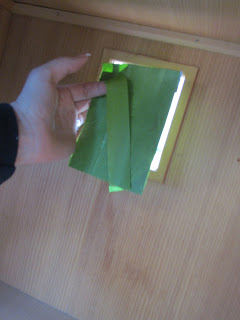 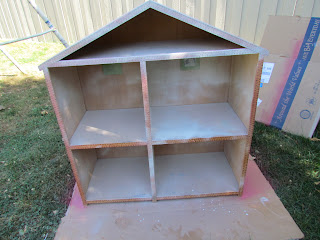 Where oh where did I go wrong?? I have no idea what happened, but the spray paint just clouded inside the room then floated out, barely sticking to the walls. I moved the can on closer thinking that would help, but instead it dribbled down the walls or left puddles on the floors. Yes, I used the sweeping motion.
I ran out of paint and patience so moved on to the outside of the house. Another problem of a different kind...the outside is now bubble gum pink instead of watermelon, and after two - yes {2} - cans, the spray paint still didn't cover the markings on the house! 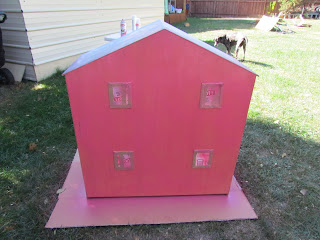 Let me tell you, I am feeling like the biggest failure right now! How difficult can it be to spray paint? What a mistake. A waste of time!
There is one bright spot in all of this: the roof. I purchased "Make It Stone" spray paint to add texture to the roof. It looks amazing! 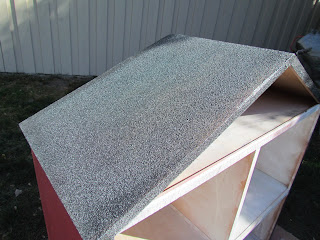 I already started sanding the house again, but this time I'm going all elbows in.

Phase II will be a lot more work and a lot different than I originally anticipated. What's the next step in my Plan? Buy actual paint for the exterior, determine colors for interior, and chose scrapbook paper to use as wallpaper. Let's hope I can get that done this week! Then I will be back to sanding and painting. Hopefully "Santa" can finish this by Christmas!
Posted by Kimberly at 8:54 PM 3 comments:

There's nothing that I love better than a home-cooked meal. If it's my own, even better. And if it's easy and quick to make, HALLELUJAH! I came across this recipe and wanted to try it out since my husband and daughter are huge fans of the easy hamburger meals with the oh-so-happy oven mitt. I, on the other hand, am not very fond of how processed the sauce tastes, so what did I say upon finding a recipe with sauce made from scratch?

Hope you enjoy it as much as we did!

Brown beef and onions in a heated skillet. Drain. 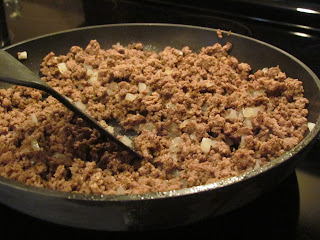 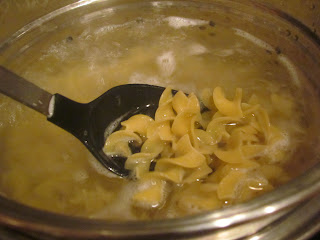 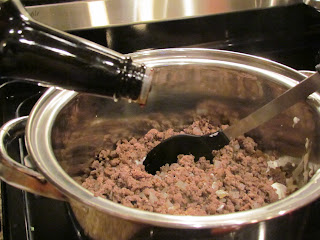 Salt and pepper to taste, and enjoy! 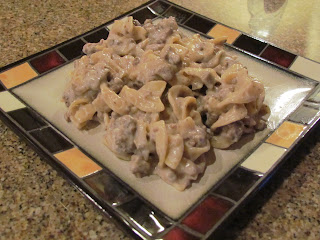 Posted by Kimberly at 9:13 PM No comments:

Kimberly
Minnesota
Hi, my name is Kimberly and thanks SO much for dropping by my blog! I started blogging after becoming obsessed with a few myself and figured it would be a great way to track projects and keep me motivated to continue expanding my knowledge on photography, cooking, scrapbooking, and whatever else I came across! I am very blessed to have an amazing family of four: my husband, J {8.13.11}, our daughter, B {5}, and my stepdaughter, E {2}. Our life together is never boring and I hope you find something interesting enough to share!