Today is January 18, 2013. There has been some debate about dated material on the internet. So, I am predating this post for three days before the Sandy Hook Elementary School incident.

So either it really is January 18, 2013, or I'm psychic and not only know that something is going to happen, but am aware there will be "conspiracy theories" out there a month later.

Later.
Posted by Kimberly at 7:33 AM No comments:

I feel so blessed.
Posted by Kimberly at 12:03 PM No comments:

Email ThisBlogThis!Share to TwitterShare to FacebookShare to Pinterest
Labels: Me, Monday, Photography

Let me start out by saying that beef manicotti is one of my daughter and hubby's favorite dinners. They both request it frequently, and to be honest, I make it different every time! However, there are a few "staples" that I use each time so I thought I would share.


Hope you enjoy it as much as we do!
Posted by Kimberly at 11:55 AM No comments:

Email ThisBlogThis!Share to TwitterShare to FacebookShare to Pinterest
Labels: recipes

I have no idea why this hit me suddenly, but do you remember the post about my dream home? The one that I posted back in December 2011 before we had even been looking for a home?

To refresh your memory, here's the front of the home that I had deemed worthy: 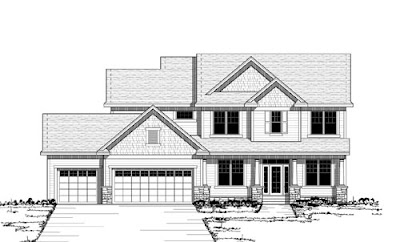 I loved the 3 car garage, the two story layout, the front porch...

Months later, here is the home that we moved into:

SERIOUSLY?! And we have plans for a covered porch in the future...I cannot believe my luck! Do you know what that makes me feel like? I'll give you a hint:

I cannot wait to compare the floorplans - but first I will have to draw some up of how our home is laid out just to give a visual. Excited!
Posted by Kimberly at 12:14 PM 1 comment:

Email ThisBlogThis!Share to TwitterShare to FacebookShare to Pinterest
Labels: Home

Posted by Kimberly at 9:49 AM No comments:

Kimberly
Minnesota
Hi, my name is Kimberly and thanks SO much for dropping by my blog! I started blogging after becoming obsessed with a few myself and figured it would be a great way to track projects and keep me motivated to continue expanding my knowledge on photography, cooking, scrapbooking, and whatever else I came across! I am very blessed to have an amazing family of four: my husband, J {8.13.11}, our daughter, B {5}, and my stepdaughter, E {2}. Our life together is never boring and I hope you find something interesting enough to share!